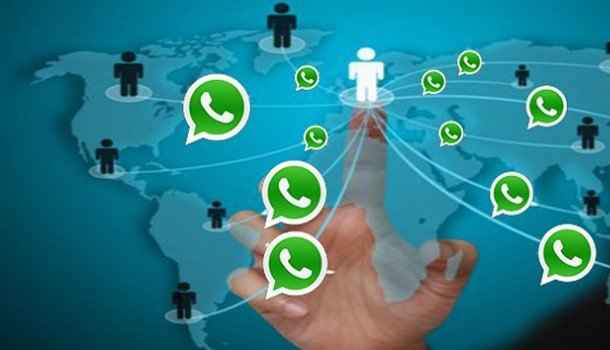 WhatsApp was started as a small startup in 2009 and soon became a leader in the instant messenger platform and has 1B users from all parts of the world. The simple and easy user interface is a boon for the app to become the only choice when it comes to messenger app and the app offers its users with timely updates with new enhancements and improvements in its application.

On May 5th late evening by 9pm BST the messenger app’s service temporarily shut down and users in Australia, Brazil, US, UK and other countries were unable to connect with the app, send or receive messages. However, the reason for the sudden outage is unclear.

The messenger app helps the users to send text messages, videos, images and many other things over the application anywhere at any time and all that they require is a stable internet connection. The messenger app was started as an alternative to the normal message and all the calls and messages through this platform is secured using the end to end encryption, this means that no third party can listen or read the calls or texts that sent through this app. There are many other messaging platforms provide encryption support only among the app and its users, but WhatsApp allows encryption between the user and the intended recipient. And no one else can read the message because the messages are locked and only the recipient has a special key to unlock and read the message.

And all the messages sent by the user is associated with a lock and a key to unlock the message and all this mechanism happens on its own and the user need not turn on the settings option or do any other extra steps to secure the message.

The only goal of the app is to make sure that all people are able to communicate with each other without any barrier.

With the growth of the application and the popularity among the users, Facebook acquired the messenger app in 2014 for nineteen billion dollars and after which the app released many new updates and features in its interface. The app offers the users a free service that provides reliable, secure and at the same times a simple platform to communicate with people around the world. The app is wide spread in over one hundred and eighty countries and the user base has reached to one billion.

There are many features present in the app relating to the messages, chats, videos, calls and others. Some the recent updates are the voice message revoke a message and allowing the users to send bulk contacts that are not available in any other messaging apps.

WhatsApp says- Sorry for the inconvenience

WhatsApp users were unable to communicate with the other users for a couple of hours and affected most of the operating systems like Microsoft Windows, Google Android and iPhone. They had difficulty to even connect to the server even when they were able to open the messenger application and receiving and sending messages were impossible.

The service came back to normal by 11:20pm and within that time frame all the users vented their inability to communicate with their friends by tweeting on the social media platform.

WhatsApp is the widely used messenger app that instantly sends messages to the users and has many user friendly features that makes the app inseparable from its users. It is said that people spend most of their time on the instant messenger app sending text messages, GIFs, videos, photos, audio messages, sharing documents, files and location sharing and many more.

As the app enables group chat, apart from the individual chats the users are connected to their family and friends through group chats. Even users have created chat groups among their friends from their work place to discuss about professional matters. The messenger app is a gateway for both the professional and personal life. Being an indispensible thing in a person’s life- the sudden halt of the service felt like being stranded in a lone planet.

The messenger app apologized to the users regarding the inconvenience of the sudden outage, but they were unable to find out the reason behind the sudden outage. When there was a crisis among the WhatsApp users the iPhone users pampered their iMessage- the iPhone messaging service. The iPhone users had other messaging service like Face Time and iMessage to send and receive messages, while the Android users suffered a lot without the messenger service.

It happened in the past

The messenger service outage is not the first time for the WhatsApp users; they have experienced similar service halt in the past on the New Year’s Eve in the past.

Of all the days, on the festive days are the busiest days when people exchange greetings to each other and the communication lines are generally jammed. Moreover, the New Years are universal and people never miss the chance to wish their loved once on the Eve. On Decembers 31st, 2015 when all the users were waiting for the new beginning a sudden service disruption built turmoil among the users.

Just when the time was moving towards the Eve, WhatsApp users had trouble in making calls or sending or receiving the messages and had immense problem connecting to the server. By 10pm IST the sudden outage caused trouble, though New Year Eve’s are the busiest times and people have trouble due the network traffic. However, this service halt had nothing to do with the traffic.

Later the messenger service informed the users that they are working on the application to restore the service and even thanked the users for staying put with the service even during the hard times.

The users are found online 24×7 and they are in touch with their family and friends through the WhatsApp messenger because it provides the users with reliable and affordable service. The app makes sure that the messages sent through the platform is reached to the intended user using the encryption technique and when the messages are not sent to the receiver because of poor connectivity, the app automatically re-sends the message once when the connection is back.

The users need not require any specific technical knowledge to access the app because it has a simple user interface that is to the point. This popular app suddenly stopped working recently creating turmoil among all the app users. The users were left stranded as they were unable to make calls or send or receive messages from their family and friends. Some parts of South America, UK and other parts of the world had service outage; however they were able to open the app. Some users who tried to reinstall the app also had difficulty and were not connected to the WhatsApp server because of the sudden issue.

The service was out for a few hours, but that was the time when people realized the impact of the messenger app in their life. It connects both the personal and professional life of a person.