It’s all changing – the way we walk, talk, learn and do business. The tech innovations have spurred mankind way beyond any sci-fi movie could have ever predicted and, although flying cars aren’t exactly a regular thing nowadays, many other advancements would make a 20th century Average Joe’s jaw drop. With this in mind, we’ve selected a few tech advancements we are likely to experience in 2021.

The Internet of Everything

Widespread connectivity, which brings together all of your appliances under your smartphone’s control, commonly known as the Internet of Things was an amazing innovation that has spurred on the idea of the “Internet of Everything”, which will connect things, processes, data and even people. Apple’s new Home app will serve as a tool for controlling the HomeKit, which basically means that controlling everything from security and lights to electronics and A/C units from your couch with a smartphone in your hand is no longer as far-fetched as it used to be.

When the Internet first appeared back in the late 80s and early 90s, the world of business has experienced a significant change. In fact, this change was so huge that no small business model remained the same. Just as the Internet has forever changed the business world a couple of decades ago, the big data is doing so right now. 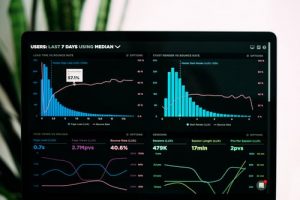 This invention has progressed so much, that if your business’s HR department isn’t using big data in the hiring process, it’s going to be very difficult for it to remain afloat among its peers that are making the most out of it. Essentially, big data algorithms allow companies to thoroughly assess their future employees, using social networking sites, such as LinkedIn, but also Facebook and Twitter; its algorithms have forever changed the entire business landscape.

Sure, a fast way of commuting is a great thing, but not having to commute at all always prevails. The Internet actually serves as the biggest shortcut of them all nowadays; with connectivity as widespread as it is today, everything has been made faster – from browsing and shopping online, without ever having to actually go to the store, to Skyping and Facebooking your distant friends and relatives that you’d otherwise be able to meet only by paying a hefty plane ticket. This aside, the professional world has also hugely benefited from this true mobility – for example, employees do not necessarily have to appear at work – almost everything is doable from the comforts of one’s home. Innovations such as remote desktop software have allowed us to always have access to everything that’s work-related.

Of course, freelance jobs are currently very trendy, but many other, age-old professions, such as piloting, garbage disposal, geotechnical engineering, medicine, especially programming have experienced a world of advancement so far, and this trend is likely to continue throughout 2021. 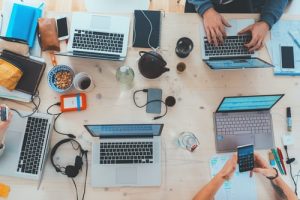 Iot solutions, The smartphones are still very popular – the modern world would be impossible to imagine without these hand-sized pocket computers. On the other hand, wearable devices, such as the iWatch, Google Glass and Moto 360 are likely to experience a boom in 2021 – these neat little gadgets can measure your heart rate, the distance you’ve travelled and are even capable of connecting with your smartphone, allowing you to read messages and change songs without even pulling your phone out of your pocket. Of course, the main concept behind these is “the watches of the future”, so yes, they can also tell time.

The tech innovations have seeped into our daily lives, forever changing the way we perceive the world. The business digital technologies are no exception here – some are big and flashy, while others quietly help us improve every aspect of our professional lives.