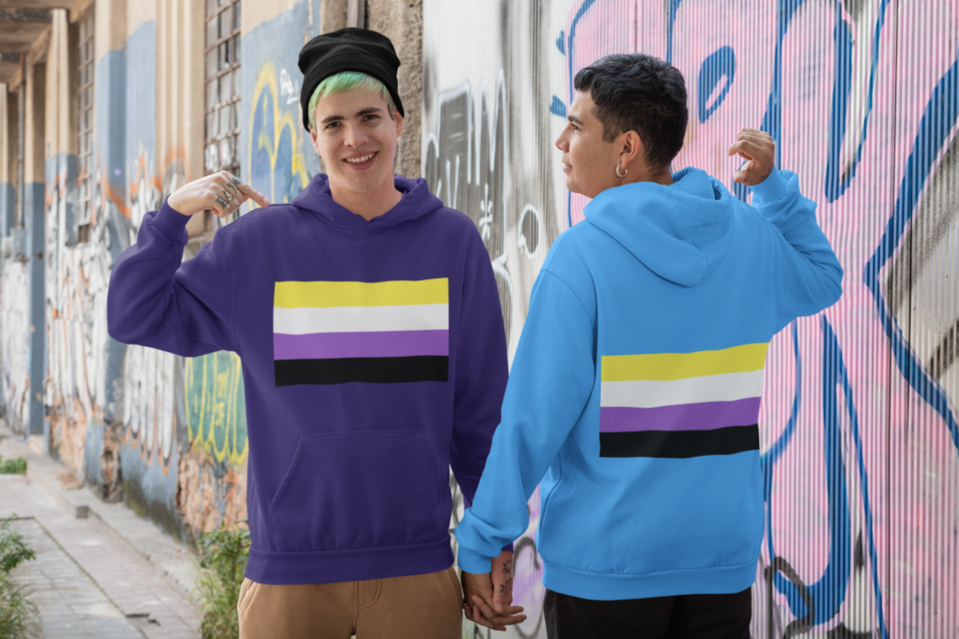 As the world becomes a more progressive and accepting place, more and more people feel comfortable expressing themselves as they truly are. However, for those not within the LGBT community, it can be difficult to understand the differences between many of the identities. (This is part of the reason why homophobic and transphobic people will often mock the community as an alphabet soup group.)

One common point of confusion for those within and outside of the community is how to tell the difference between genderfluid vs nonbinary. Here’s what you need to know about these identities emerging from the closet!

What Genderfluid and Nonbinary Have in Common

Before we dig into the finer differences between genderfluid vs nonbinary, let us first discuss what they have in common. Both refer to a person’s gender identity; how they perceive their gendered sense of self. Both fall under the Transgender umbrella. Each of these identifiers refers to someone whose gender identity does not match their sex assigned at birth.

Additionally, someone who is genderfluid falls on the nonbinary spectrum. However, not all nonbinary people are genderfluid.

Now, let us clarify the definition of “nonbinary”. Nonbinary refers to someone who does not identify along the standard gender binary of male and female. Rather, they are somewhere in-between or off of the spectrum entirely. Nonbinary people can present in a feminine, masculine, or ambiguous way.

As far as pronouns are concerned, a nonbinary person may use a variety of different ones. Some default to the pronouns of their birth sex for ease of socialization and use. Some use they/them as their primary pronouns. If you’re not sure what to address them with, ask.

The nonbinary pride flag’s colors are yellow, white, purple, and black. If you want to learn more, you can follow this link to read on about non binary flags.

When it comes to a genderfluid person’s pronouns, it’s best to read how they’re presenting and ask from there. When you meet your genderfluid friend, ask them what kind of gender day they’re having. They’ll be happy to let you know which pronouns are appropriate.

The genderfluid pride flag has five stripes which run as follows: pink, white, purple, black, and blue. These colors represent the spectrum of identities from masculine to feminine that a genderfluid person may identify with.

Genderfluid vs Nonbinary: Reviewing the Difference

So, let us review the differences between genderfluid vs nonbinary. Genderfluid people’s identities tend to shift like water while a nonbinary person’s identity might be static or shifting. If you need further information, feel free to check out our blog each day for more informative content like this!