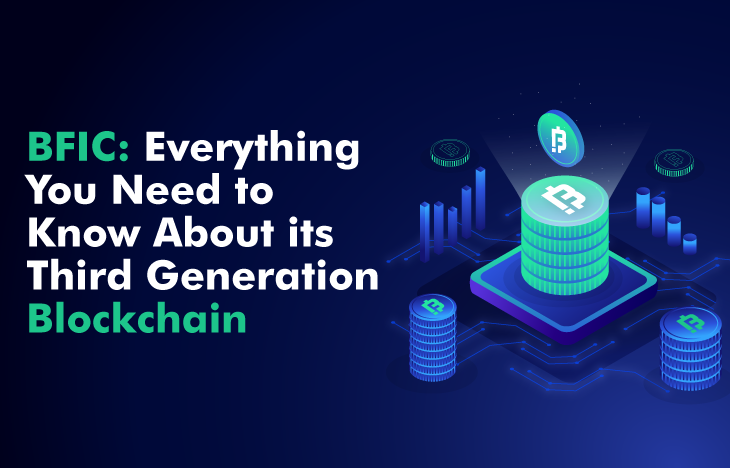 Earlier generations of blockchain technology obstructed future innovation and enhancement. In this approach, Bitcoin and Ethereum constructed their blockchains on the PoW consensus method, and both have fallen into well-known challenges, such as scalability and the high power consumption required to run mining equipment.

To overcome these current constraints, a project called Innovation Factory developed the BFIC blockchain. The main goal of BFIC is to provide a solution to the crypto-problems world’s as well as a balanced and viable cryptocurrency.

A New Era in Cryptocurrencies

Despite the fundamental aspects and innovations that have been introduced, both Bitcoin and Ethereum have flaws. Scalability is a major concern for these two systems. As a result, these costs may discourage many potential users from ever testing out the network, limiting long-term development.

Many issues arose as a result of increased energy usage; Ethereum was unable to cope with the increased demand, resulting in extremely sluggish transaction speeds. It is currently usual for various network transactions to take hours to complete. Meanwhile, a number of cryptocurrencies are capitalizing on these concerns to position themselves as third-generation coins capable of overcoming scaling challenges. Let’s take a look at a few of these third-generation cryptocurrencies today.

Although the blockchain business is still in its infancy, it has already seen three generations of platforms. In 2017, it was first introduced. Here are three 3rd Generation Coins, which are as follow:

What exactly is BFIC Blockchain?

BFIC refers to a set of extremely powerful solutions for speed, security, and scalability. BFIC blockchain is a 3rd generation blockchain system with hyper responsive scalability, meaning it increases as needed.

The BFIC Mainnet technology is the cornerstone of BFIC Blockchain because of its pace and decentralization. The BFIC Blockchain has been framed using 3rd Generation Blockchain technology, combining the characteristics of Bitcoin, Ethereum, and Tron.

As a consequence, a new algorithm has been devised that uses both Bitcoin and PoS algorithms for blockchain computations.

The ecosystem components that make up the BFIC platform are separated into three layers. Each layer has its own set of functions that help the layer above run smoothly. On the BFIC main network, this is performed by software protocols that connect layers via APIs (Application Programming Interfaces).