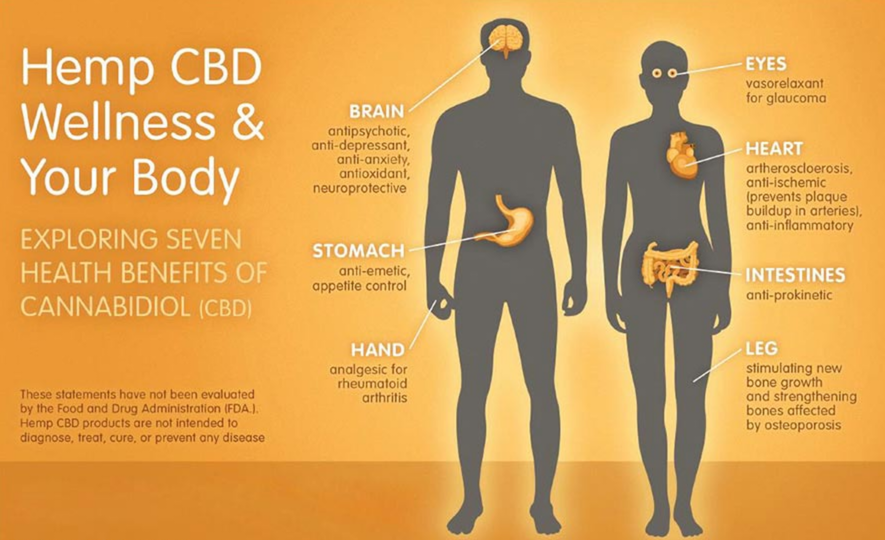 Cannabis is the scientific name for the marijuana plant. Of the many components, the two molecules that people generally associate with the plant are Tetrahydrocannabinol (THC) and Cannabidiol (CBD). Both have functions that, when separated, can greatly differ in properties. However, when in the same environment, these also have a synergetic relationship. Currently, scientists know that THC is the cannabinoid with the psychoactive properties that affect the body’s central nervous system and can alter a person’s emotional state, behavior, perception, and cognition. Conversely, CBC is a cannabinoid that is not psychoactive and with medicinal properties that are above any other known cannabinoid, including the treatment of neuropathic pain and muscle spasms, which are difficult to treat with other medication. From this medicinal use arises the need to extract CBD from its source and offer the medication in a form easy to administer and use, like with cbd oil drops.

Neurons are the brain cells in charge of the functions of the central nervous system. Said neurons have proteins on the surface that allow or impede the introduction of certain substances to the cell’s interior. These proteins are called receptors. At the level of the brain, there are a different family of receptors that specialize on certain neurotransmitters. Receptors known as 5-HT are the ones that are activated by serotonin, which plans an important role in anxiety. The receptor for serotonin 5-HT1A is a member of the family of receptors that merges with CBD. When these are united, the union creates the potent antidepressant effect of cannabinoids, producing the inhibition of said receptors so that serotonin can act more on the exterior of the neuron. CBD has a similar effect as an` antidepressant medication.

Anxiety has tension, chest pressure, increased pulse, breathlessness, and respiratory issues as main symptoms. CBD produces one of its anxiolytic effects by activating the well-known adenosine receptors which regulates cardiovascular functions, oxygen consumption by cardio muscles, and the flow of coronary blood, thus lowering the symptoms of anxiety. These receptors are also important for regulating some brain functions and other neurotransmitters like dopamine and glutamate. Dopamine is responsible for inducing pleasurable sensations and can also affect sleep, mood, memory, attention, and voluntary movement. As CBD interacts with these receptors, the unpleasant symptoms of anxiety are improved.

Additional to the antidepressant and antianxiety properties that CBD is known for, the cannabis component also has apoptotic properties on cancer cells. Each cell has within its genetic material something that can resemble an expiration date. In said date, the cell activates certain processes which are in charge of destroying it, with the goal of avoiding reproduction of old and defective cells. This process is called apoptosis. In other words, CBD has the function of activating apoptosis in certain cancer cells, thus providing a way of curing cancer. Studies are still in early stages but are showing promising results in this area.

Although scientific inquiries have made advances in cannabis, its medical use should be overseen by medical professionals. Such treatments should require the use of prescriptions and strict measures that can guide to ensure that the drug is safe and is administered correctly. It is imperative that individuals follow the instructions for the prescription regarding the specific amount of CBD oil drops that a patient should use.

Furthermore, individuals need to speak to their doctors regarding all treatment options and avoid self-medication or self-diagnosis. Medical professionals are field experts and have a better idea of how medication may react in different people. For safety, allows follow the advice of your primary care physician.